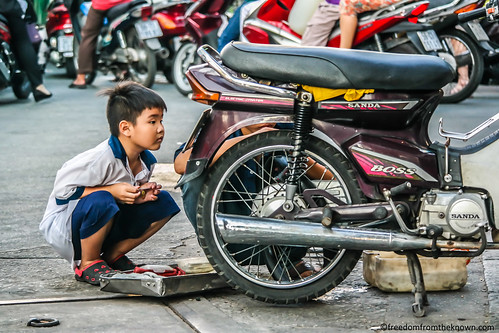 The key to being productive at work is to be able to manage your mental state and know how to focus even when you don’t feel like it.

Most people are well aware that time management is a vital part of increasing productivity, but to have the best chance of managing our time correctly we need to be able to control our health and energy levels as well.

Following these eight tips will give you more energy to focus on managing your time and increasing your productivity.

Some people write to me and say, “I only need four hours of sleep” or “in my country sleeping means laziness.” Well, those people will fail and die young. – James Altucher

Trying to squeeze an extra couple of hours out of your day by cutting back on your sleep is a counter-productive way of increasing your output. Whatever you gain in extra time, you’re going to lose more of by being slower and more careless when you’re performing your tasks. Sleep is the foundation of good health so it’s difficult to build a productive and happy life if you don’t even have the basics covered. The difference in productivity between consistently sleeping 7 hours a day and sleeping 5 hours a day is enormous.

Tea contains a chemical called theanine which gives you the same upsides of caffeine without the side effects. If you feel that you couldn’t possibly quit coffee and still function at your job, just remember that you don’t “need” to drink coffee to be productive. This feeling of dependency is just a habit and a false belief that you’ve ingrained through years of repetition.

Most people underestimate how much water their bodies need. Far too many people are functioning in a state of slight dehydration and seeing their performance slip as a result. Common symptoms of not drinking enough water are headaches and fatigue. Sound familiar?

4: Go for a walk and catch some sunlight.

We need at least 15 minutes of sunlight a day to make sure we’re not vitamin b deficient. At the very least make sure you sit near a window so that the extra light can boost your mood and creativity. A lack of sun deprives us of much needed melatonin and serotonin. Serotonin increases your energy levels and makes you feel awake. Look for natural solutions to fatigue instead of getting sucked into artificial energy boosters such as energy drinks, caffeine and sugary snacks.

5: Drinking Alcohol is a Waste of Your Health.

Most people have had to endure work hung-over. Life’s numerous social pressures can put us in this awful situation from time to time, especially the morning after birthday parties or special events like Christmas or New Year.

While the negative effects of turning up to work absolutely smashed are obvious to most people, it’s less appreciated just how detrimental even a couple of beers can be to our sleep and overall level of alertness the next day. Stressed out people incorrectly believe they are “relaxing” when they have a few drinks after work, but the harsh reality is that all you’re doing is placing your body under stress and making it work harder to clear the poison out of your system.

Exercise is incredibly difficult to fit into a busy work schedule. Most people have no problem doing it for a few days, or for inconsistent bursts during periods of time when we’re particularly motivated, but the reality is that these bursts of motivation fizzle out as other things become more important to us at different stages of our lives.

Make sure you set low expectations. Think quantity over quality, and consistency over impressiveness. You don’t actually have to do much as long as you show up and do something. Even if you just do a light workout that’s ridiculously easy, it’s better than planning a punishing 2 hours session that you’re probably not going to show up to. When you inevitably get through the easy workout, you feel good about yourself and build positive associations with exercise. Getting into the habit of showing up to exercise without succumbing to excuses is 90% of the battle to better health.

Long working hours all too often result in a dependence on stimulants. Most people get fired up with nothing stronger than a double espresso, but some crave an even bigger kick to boost their focus and help them stay alert. Popular alternatives include Adderall, Modafinal (Provigil), and various types of Nootropics.

When you’re under extreme pressure with unrealistic deadlines, it can feel like life is boxing you into a corner and making you choose between surviving work and maintaining your health. Quick fix comfort food seems more and more appealing when faced with 12 hour days, and we feel that we deserve a reward anyway for sacrificing so much during the day.

You can get away with this while you’re young, but if you want to maintain your health and productivity for the long term it’s a slippery slope. Relying on stimulants to get through your work day is a dangerous game to play, and while it can undoubtedly pay off if you get the balance right, it’s a fine line that can spiral into dependency.

I’ve personally found that that the best way to get more long term energy and better focus is to drastically reduce my sugar intake. Sugar triggers an insulin response, which is bad news because consistent surges of insulin exhaust your body and result in grueling energy crashes. In fact, one of the biggest productivity gains that I’ve ever achieved in my life is preventing the insulin responses that were making me tired.

(editors note: post written by my friend Scott Underhill of monyta.com, which specializes in creating time tracking software for employers.)

2 Responses to How To Increase Focus In Your Work