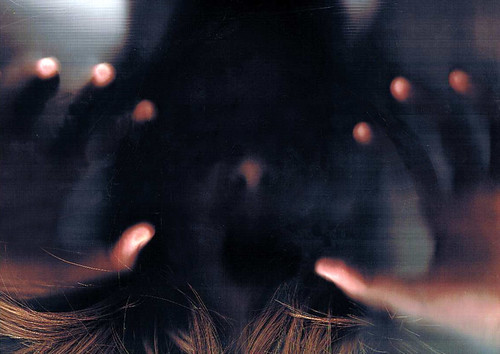 Nightmares can be defined as an unpleasant and frightening dream. They’re completely harmless, but not something anyone wants to experience as they sleep. They can leave individuals scared, and even have them traumatized; leaving them unable to sleep the next night in fear of it occurring again.

Just imagine yourself having the capability to put an end to a terrifying nightmare. Something that not many people can say they can do. Does that intrigue you? It sure intrigues me!

How Can They Be Stopped?

The ability to become conscious through a dream is considered the most efficient way of escaping the harsh and brutal nightmares being endured. Yes, that’s right: lucid dreams have been proven to prevent nightmares and enable an escape. It should also be noted that many current lucid dreamers are lucid on the basis of having a nightmare, only to come to the epiphany that it MUST be a dream.

Now that we’ve established that, let’s discuss how this can happen, and how you can be well on your way to putting an end to your nightmares. The two techniques talked about are commonly used by many professional and active lucid dreamers, and are able to be used by anyone in a lucid nightmare.

Learn how to lucid dream

Firstly, learning how to lucid dream is essential. This may seem obvious, but the first thing you must do to stop nightmares from happening is to be able to lucid dream. The lucid dream needs to be practiced in order to allow you to consciously act in your nightmares, which is of extreme importance to putting an end to nightmares. Once you have gained control of your dreams and able to attain lucidity on a regular basis, you are one step closer to putting an end to nightmares you may face in the future. Please note that this step is crucial, and may be tedious to master.

For those of you who have mastered the art of lucid dreaming – congratulations. It’s often difficult to achieve, but you’ve done it! Now, let’s talk about waking up through the act of a lucid dream in order to stop nightmares.

Waking up is a common practice through lucid dreaming to stop a nightmare. It has been done many times, and will continue to be practiced as it’s an effective way to put an end to a nightmare. As soon as you enter lucidity within a nightmare, a way to wake yourself up is to simply shout “WAKE UP!” as you blink hard in the dream. As a result, you will most likely come to an end with your nightmare, and can then proceed to go back to sleep, or whatever you feel like doing.

Even though the waking up method works, what you are not doing is confronting the nightmare, which can be done through a lucid dream. Given nightmares can be incredibly scary, it’s no wonder why you’d want to wake up within an instant of being exposed to the nightmare. After all, you’re only human! That being said, once you build up the courage within a lucid dream whilst experiencing a nightmare, confront the nightmare and overcome what you’re fearing. Ask for answers. Don’t feel like you’re completely helpless from the nightmare.

Although this won’t diminish any chances of experiencing a nightmare again as you sleep, it will allow you to receive answers, and will help put your mind at ease for the rest of the day.

These tips are two well renowned methods to confronting and putting an end to a nightmare. In addition, it is known that escaping from a nightmare is how many people initially start learning how to lucid dream. Escaping from the nightmares can trigger lucidity, potentially allowing you to naturally lucid dream freely.

(About the Author: Kerry McGlone is a lucid dreaming enthusiast who writes over at dreamlucidly.info)

← I Feel Good: How To Walk On Clouds
How To Prosper In Times of Crisis →